With few exceptions, most of human history since the sixth century B.C. has been guided by the belief that the earth is round. Nevertheless, in recent times, the view proposing a flat earth has increased in popularity. Drawing from the literature about boundaries and boundary-work from Gyerin and Abott, this study aims at exploring how the boundaries between those defending science and non-science are constructed in public space. Given that the Flat Earth Society (FES) is almost uniquely present online, the normative power of defining knowledge cannot be evaluated in its core dimensions – through argumentations in scientific journals. For this reason, the periphery of science, its connections with the public and the narratives adopted on Twitter, is the principal avenue where we study the acquisition of normative and classification power to define knowledge systems. Based on a qualitative content analysis, this paper shows that FES supporters and adversaries are heterogeneous in the argumentations held to sustain their positions, something that complicates the general view of these groups as homogeneous groups. Based on a network analysis we analyze the boundaries between supporters and adversaries of the theory that the earth is flat. The boundary between these two factions appears to be mostly defined by FES adversaries through framing strategies such as debasement and homogenization of FES supporters. Our results show how communication defines social and normative boundaries between science and non-science. At the end of the paper, we discuss the relevance of our findings for theories about the constructivist nature of science. 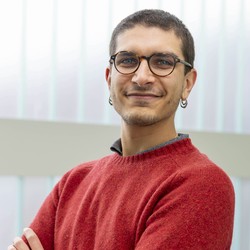